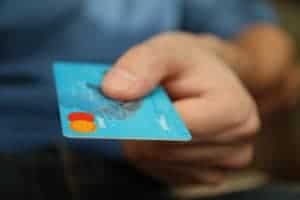 You’re checking out at the grocery store and the debit card is declined. That can’t be right, I just got paid yesterday, you think. You call your bank to find out what the problem is and they tell you that you’re overdrawn by $150 because a creditor has garnished your bank account.  Many people who face this type of situation think that the money is lost. However if you act quickly, you may be able to recover some or all of those funds.

Most garnishments of bank accounts in Colorado, also known as bank levies, start with a lawsuit against you. In that lawsuit, a court determined that you were responsible to pay a debt and granted the party which sued you, the creditor, the right to collect that money. In Colorado, judgment creditors most commonly collect what’s owed by garnishing wages, placing liens on real property like your home, and levying bank accounts.

To levy the account, the creditor serves your bank with a legal document known as a Writ of Garnishment. Upon receiving this writ, the bank freezes any money in your accounts in preparation to turn it over to the creditor.  The bank will probably freeze money in any account in which you have an ownership interest even though the money’s not really yours, including  accounts with your children. For this reason, custodial accounts  are generally a better option for your kids’ bank account than joint ownership.

Once the levy is in place, your bank will normally notify you, and the creditor must serve you with the writ.  You have 10 days from the time that you are served with the writ to file with the court another legal document called the Claim of Exemption. You are essentially telling the court that the funds that were in your bank account at the time of the levy were exempt, or protected from your creditors. The court will set a hearing date to determine which portion of the funds is exempt. Before you file the document, reach out to the creditor as they are generally eager to avoid a hearing. Prepare ahead of time by gathering bank statements and documentation of deposits, like pay stubs, to prove the source of the money in the account.

Various exemptions may apply depending on the source of the money in the account. In Colorado, $2,500 in your bank account is exempt, wages are 80% exempt, and disability, unemployment, social security, and other types of funds are 100% exempt from most creditors (taxing, child support, and other administrative agencies have special rules that apply).  Because the exemptions apply to specific sources of money, it’s best if you don’t commingle, or mix together, your income. For example, all of your wage income should go into a separate bank account from your spouse’s unemployment income. This makes it easier for the bank to protect exempt funds from your creditors, and makes it easier to show the court which exemptions apply to the money that’s been levied.

Alternatively, if you file bankruptcy before the funds have been transferred to the judgment creditor, you may have a chance at getting some or all of them back as well.

Unlike a wage garnishment, a bank levy doesn’t continue until it’s satisfied.  The levy is only effective as to the funds that are in the account at the time its served on the bank. However, a judgment creditor may levy the bank again and again in the future. As such, you should keep funds out of bank accounts until the debt is resolved. Certain types of money, including Social Security, Supplemental Security Income, Veterans Affairs, and others, are protected from most of your creditors as long as you follow the guidance in this post. The bank account levy is also a good indicator that your wages may soon be garnished, so you should take action right away the resolve the debt. There are several ways to do so, including chapter 7 bankruptcy, chapter 13 bankruptcy, debt settlement, or even reopening the civil case in which you were originally sued and fighting it.

If you need help recovering funds that have been garnished or dealing with your creditors, call The Law Office of Clark Daniel Dray at (303) 900-8598. Secure Your Family and Financial Freedom!