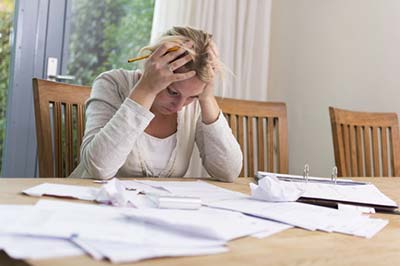 Do I make too much money to qualify for chapter 7 bankruptcy under the means test?

What is the Means Test?

The bankruptcy means test is the tool which sorts filers into two categories – those who are eligible to file chapter 7 bankruptcy, and those who are not. Congress intends for those people who can afford to repay a portion of their debts to do so in a chapter 13 bankruptcy, while those who can not afford to repay discharge their debts immediately in a chapter 7. The first factors in whether you qualify do not involve income, though. For example, you may be eligible to file bankruptcy regardless of your income if your debts are primarily non-consumer. That is , if the majority of your debts are business related you skip the rest of your means test. Additionally, disabled veterans and reservists and National Guard Members whose debts were incurred while on active duty can opt out of the means test as well.

What is Median Income and Why Does it Matter?

Now comes the part of the means test where income becomes important. The process of dividing those who must repay from those who don’t begins with the median income. The median income figures for your state can be found here. If you make less than the median income in your state for your household size, congratulations, you are presumed to qualify for chapter 7 bankruptcy. The calculation of your income for the purposes of means testing is more complicated than this, so you’ll want to speak to an experienced bankruptcy lawyer to verify what you’ve found. If your household income is higher than the number you see reported, don’t stop here because the means test doesn’t!

What if I Make More Than the Median Income?

Once it’s been determined that you make more than the median income the means test determines whether, after expenses are paid, you would have any money left over to contribute to a chapter 13 repayment plan. House payments, car payments, child support and alimony, and other expenses get factored in here and can go a long way toward pushing you into a chapter 7 bankruptcy. However, depending on how far above the median your income is, it may take a lot of work to adjust your expenses in such a way that you qualify.

Get Help, it’s Worth It

Online means test calculators are virtually useless unless you understand how the means test is derived from the Bankruptcy Code and how the Code is interpreted in your jurisdiction. For example, the number of people who are considered to be members of your household can vary from state to state and even between judges in the same state.

Some bankruptcy attorneys either don’t know how to maximize your qualified expenses or aren’t willing to spend the time to work with you on this, and as such may tell you that you don’t qualify for a chapter 7 bankruptcy without crunching the numbers first. If this is the case, you should seek a second opinion. Even if you’re still unable to qualify for a chapter 7 bankruptcy, any attorney who understands and uses all the tools at his disposal is going to be able to get you a better result in a chapter 13, possibly saving you thousands of dollars.